I was born between the Pre-Alps and the Varese lakes, Italy, into a family of athletes and artists. I played basketball from an early age in the youth teams of my city, entering the A League level at the age of 15. I was following the dream of my father for me to become a professional basketball player and even though I was sought after by the then strongest Italian team, my heart continued to call me to study the Arts.

I escaped to Bologna and graduated in Painting at the Academy of Fine Arts. In those years I began attending the courses of the Galante Garrone in Bologna, the Piccola Scuola di Circo and Quattrox4 in Milan and I became more and more inspired with Performing Arts and by the vision of physical theater and circus shows.

For years I was in love with the silks and I began to create performances and street shows and became deeply passionate about the art with a strong desire to share. I began teaching aerial disciplines in Varese, which were unknown there until 2010. Finally I discovered the simplicity and essence of the aerial rope and the sincerity of this medium captured me completely.

Between 2015 and 2016 I attended the creative workshops of Firenza Guidi thanks to which I enriched my qualities as a performer and I discovered counterweight systems to play with the rope in movement.

In 2017 on my ropes I literally flew to great heights: on the Teatro alla Scala stage, where I played the mischievous magpie in the opera La Gazza Ladra, directed by Gabriele Salvatores. Following this I travelled around cities, laboratories, circus tent and theaters, and performing. In 2019 I worked on and co-produced ‘Sauvage’ a collaborative project designed by myself along with the music composer and modular synthesizer artist Alessandro Chemie. This is an ongoing project which is released in the ‘stages’ of its creation.

During the 2020 quarantine we made three videos / actions, with aerial rope, music and video projections, together with the visual artist Aurora Del Rio, exploring the intimate, limited and ever-changing space of our home. 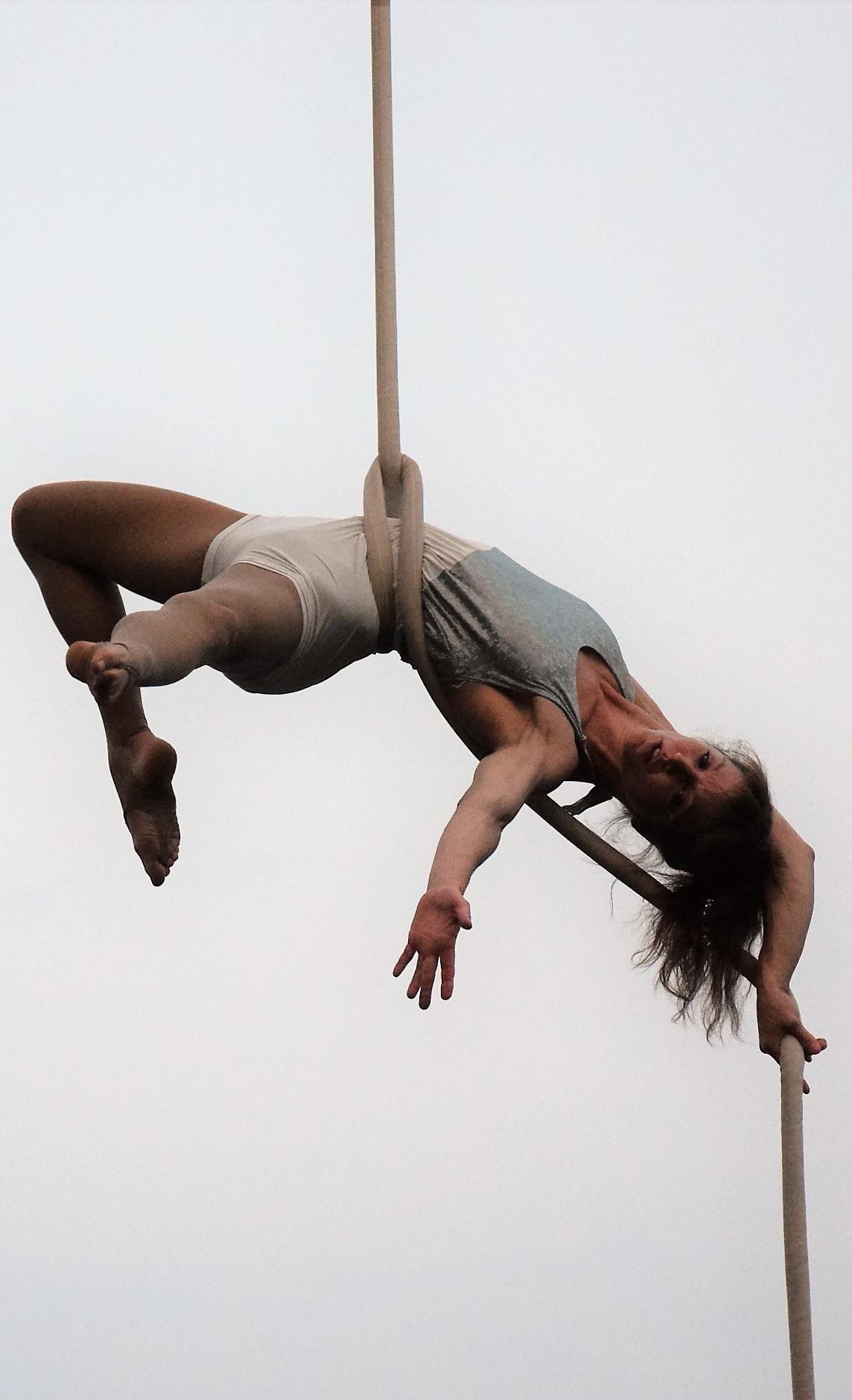